Iranian scientist Maryam Mirzakhani has become the first-ever woman to receive the prestigious Fields Medal, often described as the “Nobel Prize in Mathematics.”

Mirzakhani, 37, a professor at Stanford University in California, is among the four 2014 awardees of the world’s top math prize. She is the first female winner of the International Medal for Outstanding Discoveries in Mathematics, also known as the Fields Medal, which has been awarded every four years since 1936.

Mirzakhani received her medal at the International Congress of Mathematicians in Seoul, South Korea, from the country’s first-ever female president, Park Geun-hye.

“This is a great honor,” Mirzakhani said, according to Stanford University’s website. “I will be happy if it encourages young female scientists and mathematicians. I am sure there will be many more women winning this kind of award in the coming years.”

Mirzakhani was born and grew up in Tehran, Iran. As a child she was more fascinated by the world of literature than by numbers and geometry, dreaming of becoming a writer. In her later years at school, however, she discovered a particular pleasure and exceptional skill in solving math problems.

“It is fun – it’s like solving a puzzle or connecting the dots in a detective case,” she said. “I felt that this was something I could do, and I wanted to pursue this path.”

While still a teenager, she won gold medals at both the 1994 and 1995 International Math Olympiads.

Mirzakhani got her bachelor’s degree from Sharif University of Technology in 1999. After that she began her doctorate work at Harvard University under the guidance of another Fields medalist, Curt McMullen.

In 2008, she became a professor of mathematics at Stanford, where she lives with her husband and three-year-old daughter.

The Fields Medal Mirzakhani received recognizes “her outstanding contributions to the dynamics and geometry of Riemann surfaces and their moduli spaces,” the International Mathematical Union said in a statement. 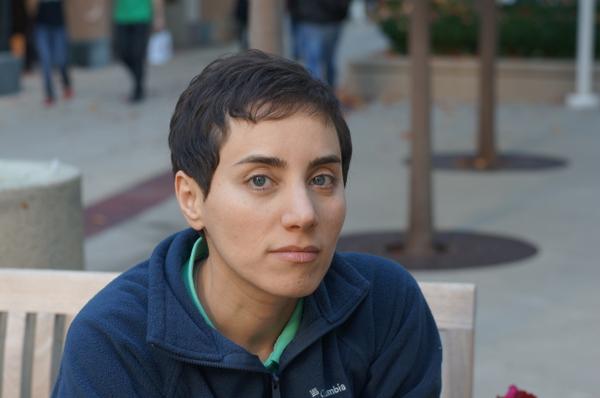 Markhazani’s work is described as pure mathematics, investigating entirely abstract concepts. Despite being mostly theoretical, it can still find application in physics and quantum field theory.

While grasping what Mirzakhani’s work is all about could be hard for someone outside the scientific community, the researcher who once considered a writer’s career for herself seems to be never short of picturesque comparisons to what she’s doing. Developing new proofs to mathematical theories is a most exciting adventure, according to her.

“I don’t have any particular recipe,” Mirzakhani says. “It is the reason why doing research is challenging as well as attractive. It is like being lost in a jungle and trying to use all the knowledge that you can gather to come up with some new tricks, and with some luck you might find a way out.”

The other three 2014 Fields Medal winners are Artur Avila, of the National Center for Scientific Research in France, and Brazil’s National Institute for Pure and Applied Mathematics; Manjul Bhargava, of Princeton University, and Martin Hairer, of Warwick University in the UK.