Have Your Sleep Patterns Changed Lately?

Have you noticed a change in your sleeping habits lately, perhaps going to bed or taking naps at unusual times?  You are not alone!

In the article, “What does Ascension feel like?, “one reason that you are sleeping more is that you are having difficulty staying grounded while you are awake. We can interchangeably use the idea of being grounded and descending, they are the same.

“Being grounded does not mean shutting down your awareness of higher information; it justmeans being strongly rooted in the earth while it is coming in, so you can be a conduit rather than having information get stuck coming or going. And as you spend more time consciously into your physical body than you were before, you require more sleep.

Prior to moving into ascension you were not as present as you thought you were. As you have moved into ascension you have moved more fully into your body. And so by doing that, when you leave your body it is more observable. You feel tired and you sleep more, or when you have emotions and you are more physically moved into your body, you feel them more strongly than you do when you are ungrounded because that is part of the physical experience.” 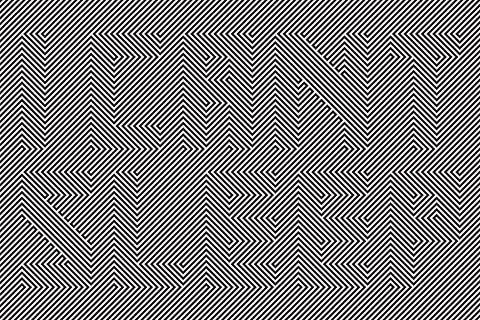 In another article, “12 Signs of Spiritual Awakening,” one can expect unusual sleep patterns.  “It’s likely that you’ll awaken many nights between 2:00 and 4:00 AM. There’s a lot of work going on within you, and it often causes you to wake up for a “breather.””

We are at the end of the Age of Pisces and are entering the Age of Aquarius, where a newenergy overtakes the old energy.  This transitional energy exchange may be playing a large role in unusual sleep patterns for many people. Similar to being an empath, some people may be more in tune with these energies than others, yet everyone will be affected by them.  Empaths will be the first to detect these galactic changes.

This may also explain, on a personal level, why many people are experiencing unusual sleep patterns as discussed in the article, “Symptoms of Energy Shifts”:  “Waking in the morning and struggling to get out of bed after a full night of sleep, or falling asleep in the middle of the afternoon is common. This is caused when the energy is shifting throughout the whole spiritual body. This will pass in time, each person has a different time frame for some it can be weeks, for others months, for others years. If you can create a pyramid structure to sit under this will give you wonderful boosts of energy when you are lacking it. Drink lots of pure waterto hydrate the cells, add crystals to energize the water. Eat light meals with organic veggies. Doing light physical exercise will stimulate the energy flow through the body. Bach remedies, flower essences and essential oils will also help the transition.”

The medical industry will try to diagnose you as being depressed and will attempt to resolve the “problem” with a Big Pharma remedy.  My background is in psychology and as a child &family therapist, I have seen how depression can cause changes in sleep habits, but what many people are experiencing is not related to depression.

The late Jose Arguelles stated that we should learn how to live without time, which is easier said than done when most of us have work schedules that we need to follow, as well as routines that we have followed since childhood, such as having meals at specific times or watching a favorite TV “program” at a certain time.

It makes sense that we should sleep when our body tells us to sleep versus forcing ourselves to sleep because we need to awaken at a specific time to go to work.  Unfortunately, that may not mesh well with other family members or our job schedules. The only alternative solutionis to try to “live without time” on your days off.

While time may feel like it is speeding up, it is actually your consciousness that’s speeding up.  You’re awakening at an exponential rate where information that previously took years to accumulate is now being gathered and assessed at the click of a mouse. This may add to your system overload as your mind is processing more material than ever before.

In a natal birth chart reading by Lavendar, I was told that when we sleep, ourmultidimensional selves are working in the ethereal realms.  While we may only remember a few specific dreams from any particular night, our multidimensional bodies are on the other side of the curtain working continuously, as they have no need for sleep. Sleep is the function of the 3rd dimension and is unnecessary in higher dimensions.

Personally, my sleeping habits have changed drastically over the past several months. There are times when I’ll lay down for a nap at 4pm and will wake up 8 hours later at midnight, then stay up until whenever my body tells me it’s time to either take a nap or to go to bed.  Some days, I’ll nap at 2 pm, other days, I won’t nap at all. Overall, I don’t seem to sleep as long as I used to and will wake up after only 4-5 hours of sleep, but will feel completely re energized as if I slept longer. For the most part, I have been waking up between 3 and 4 am, which is very unusual for me. Perhaps that’s my higher self saying, “Okay, work is done on this side of the realm.  Time to get back to work in the 3d realm.”?

Acceleration of Metaphysical Abilities for Immediate Results All About Shadow People